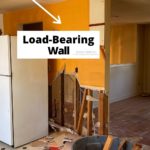 It’s demo week and we are opening a load bearing wall between kitchen and living room in the split level house and what a mess we made! If you missed the new split level house project, check it out here for a full “before” tour.

The kitchen remodel is well underway and removing the wall between the kitchen, dining room and living room was a no brainer.

Before we get started though, I wanted to share with you Jim’s latest toy that we picked up this past weekend in NJ.  Many of you follow us on Instagram (follow us here) and watched our stories expanding over a 15 hour drive 🤯 to get this little buggy. 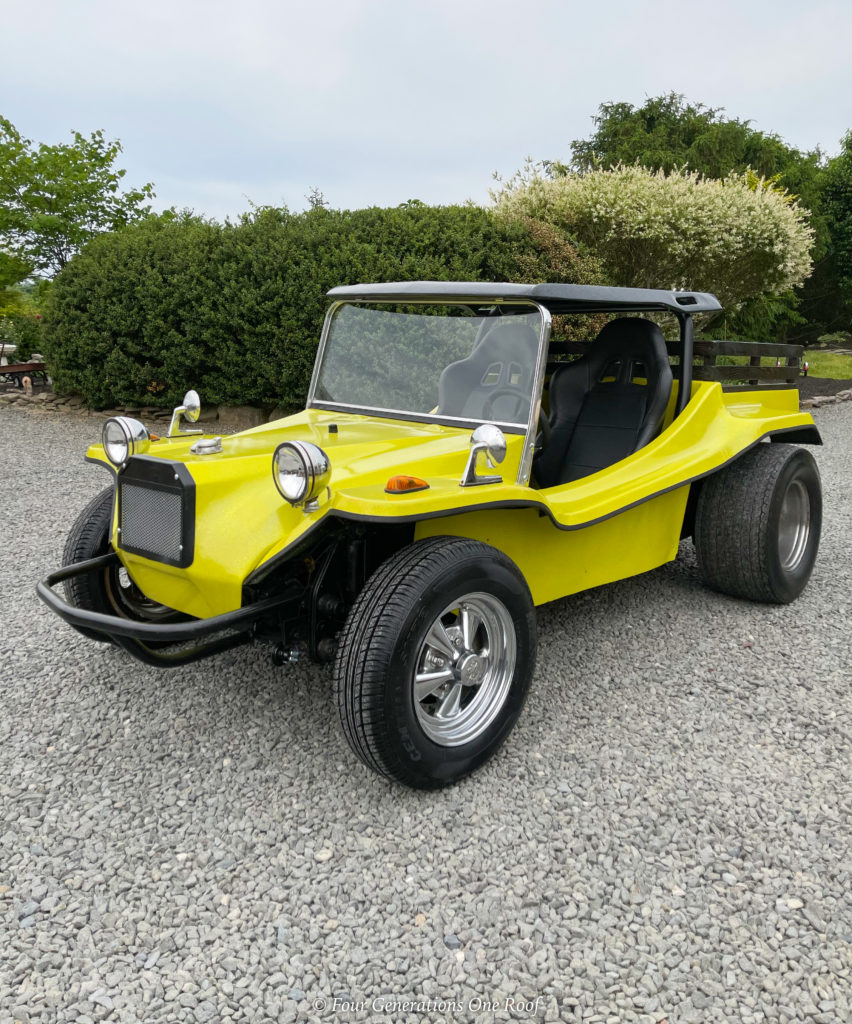 I’ll be honest, at first I was like, “you want to buy what and drive where?” It’s actually kind of fun to drive around in 😉.

How to remove a kitchen wall

They used a sawzall to cut out the built-in portion of the cabinet/hutch and crowbar and hammer to remove the rest.

Why are we opening the load bearing wall between the kitchen, dining and living room?

Everyone wants open concept living now so while it’s a bit of pain to remove a load-bearing wall, the payoff in the end is huge.

Opening a load bearing wall between kitchen and living room can be somewhat costly but in my opinion, the open concept style adds a significant increase in value to your home.

See why Jim’s split level home sold for 80K over asking price. He opened up his kitchen, dining and living room walls and added vaulted ceilings which is very unique for a split level home.

How much does it cost to have an engineered beam designed to support the load bearing wall?

That all depends on the length of the wall and the size of the beam necessary.

In this case, we are thinking it will be a couple thousand dollars for the design plus install costs.

We left the wall below (removed the sheetrock and left the 2×4 studs) as this is a load bearing wall.

Once we have the engineered beam installed, we will remove the existing wall completely. That blog post is coming soon!

What is a load bearing wall?

A load bearing wall is a wall that supports the structure above.

In order to tear down the walls though, you need to install engineered beams to take the place of the walls. Otherwise, your roof (or whatever is above) will collapse and that would make for a really bad day!

Knocking down the wall between kitchen and dining room

Jimbo got down and dirty this day during demo and with the help of his 4 other guys, they had this entire house (first floor and basement) completely gutted in 1.5 days.

The ceiling in the kitchen and living room will be completely removed which is going to make this space look so much bigger!

Check out Jim’s old kitchen at his house he sold last year, he removed his kitchen ceiling and it looked amazing!

Missed some of the posts in this Split Level House Renovation Series?

If you are looking for ideas on opening up a kitchen wall, check out our previous homes kitchen where we decided to remove a full metallic mirrored wall in our dining room to open up the space into the kitchen.

What a crazy project that was but the kitchen turned out amazing.

The engineered beam is being installed in the next couple weeks and the ceiling is being removed to create an open vaulted ceiling.