I posted a couple weeks ago about a large couch that I cut in half with a sawzall. This is my ultimate DIY project yet since I have been blogging. Never in a million years did I think I would be tackling a DIY couch.

Here is the before when the couch was 2 feet longer. 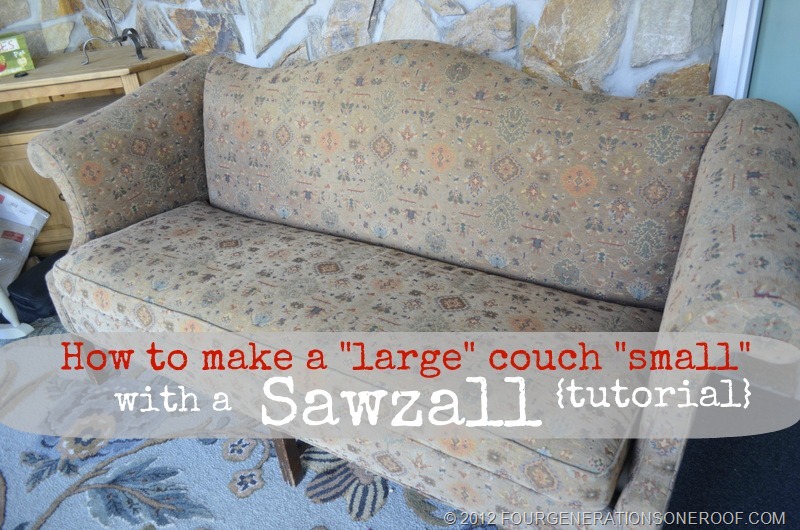 Oh my goodness the emails and comments I received were hilarious. Although, I did have a couple people seriously question my sanity.  I kind of questioned it myself when it looked like this, 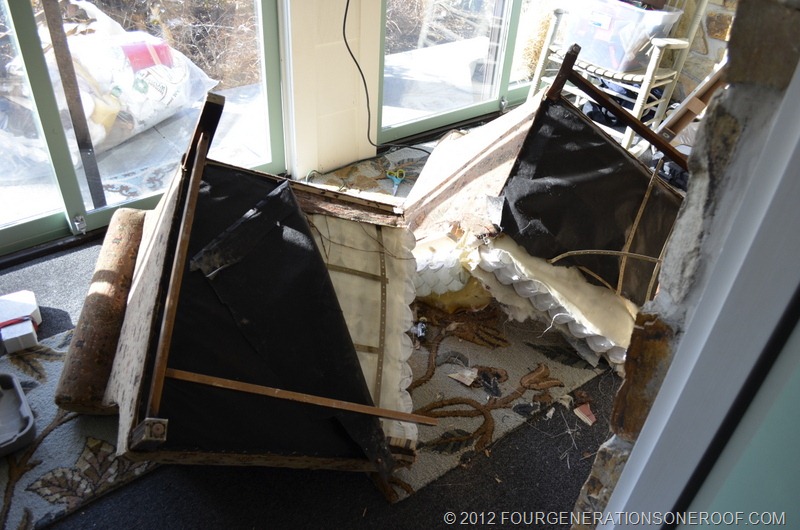 So, in all seriousness, this was by far one of the craziest things I have ever done. I will say though, she came out look-in pretty darn good.

This project cost me “zero” dollars. 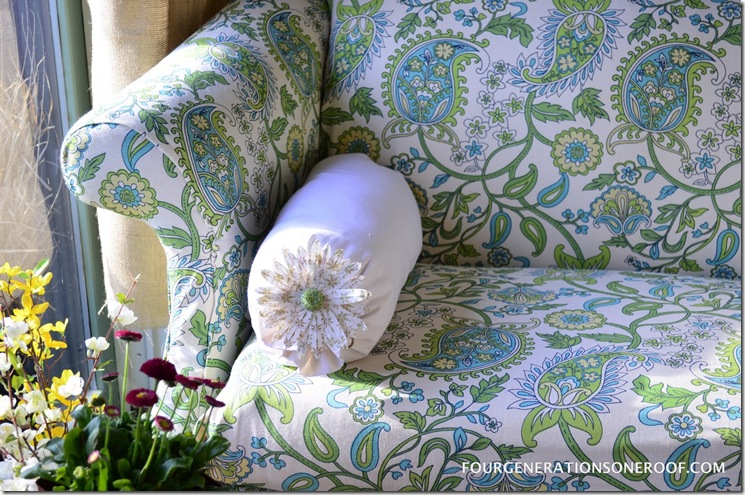 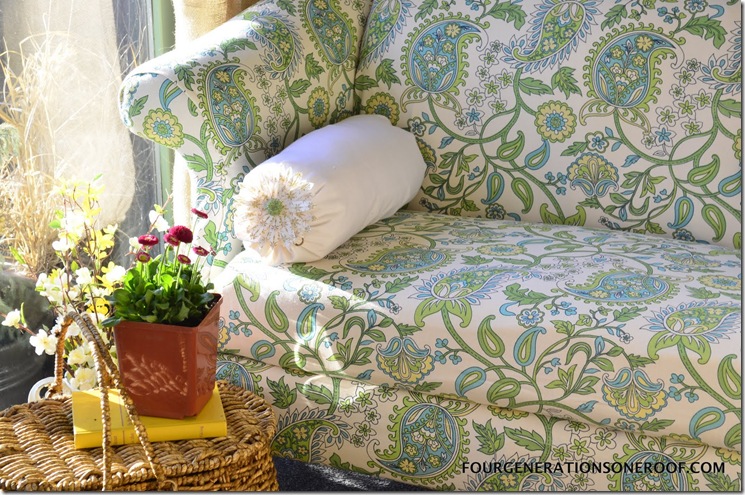 I used 2 drapes that I purchased last summer from Pier 1 Imports and used them to reupholster the couch. They were actually hanging in this room until a couple days ago. I LOVE the paisley print and prayed it would look ok on the couch.

If you use drapes, you want to make sure you have a heavy cotton or canvas type material. These were perfect. I have never in my life reupholstered anything, never mind a couch. If you are a professional, I would stop reading because my method will probably make your stomach flip.

I used my power staple gun and 1/2” & 3/4” staples.  I know you can use real upholstery staples and yes, they probably work better but I was trying to do this without purchasing anything so I used what I had. 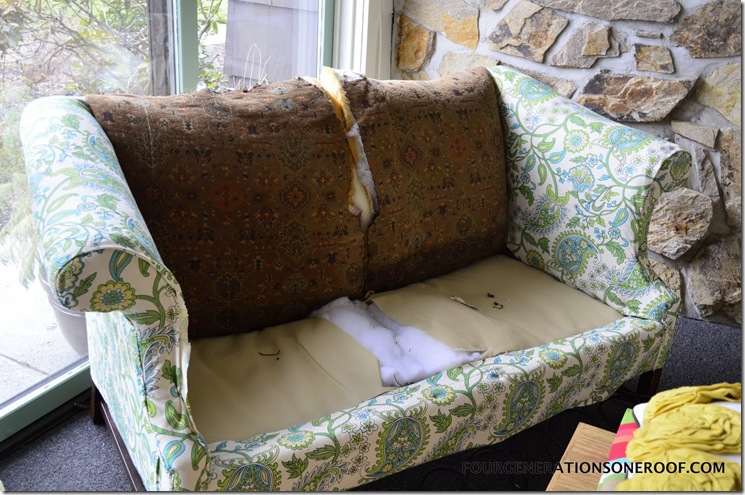 There are tons of upholstery tutorials out there so I am not going to duplicate with another and honestly, they are much better than my method . Lots of tucking, folding and stapling. I just went with it and once I got it the way I liked, I stapled away! 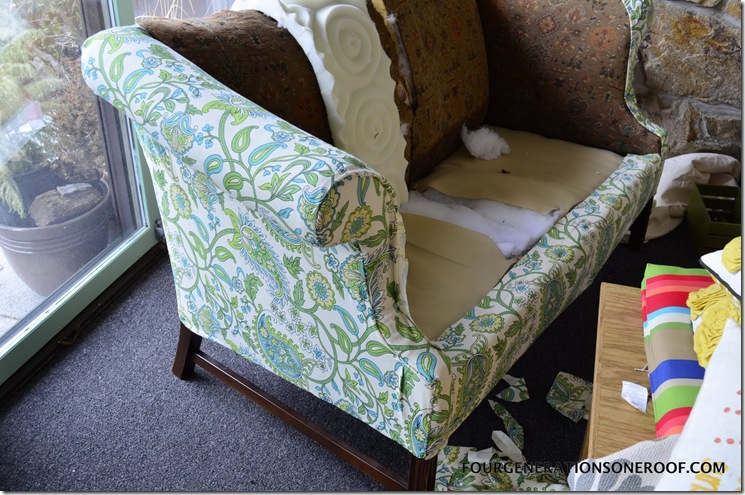 I originally planned on making piping for the edges and I still may but I am happy with how the seams came out so for now, it will stay like this.

I used my hand stapler for the smaller areas but if you have a power staple gun, it will be your best friend for a project like this. This really was fairly simple. If you can cut fabric, place it on the couch and cut to fit, you can do this. 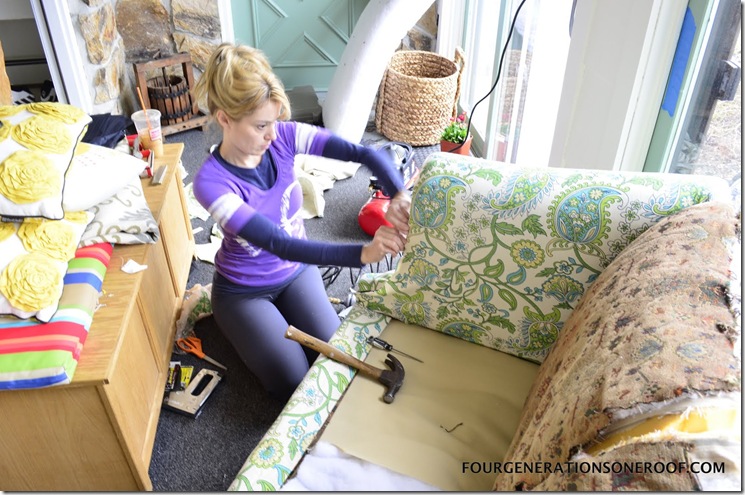 When I sawzalled the couch in half (you can see that post here ) there was a large gap. I cut up an old egg crate that I had for one of our beds and filled in the gap. You can purchase foam/batting at any fabric store but this worked and it was free! 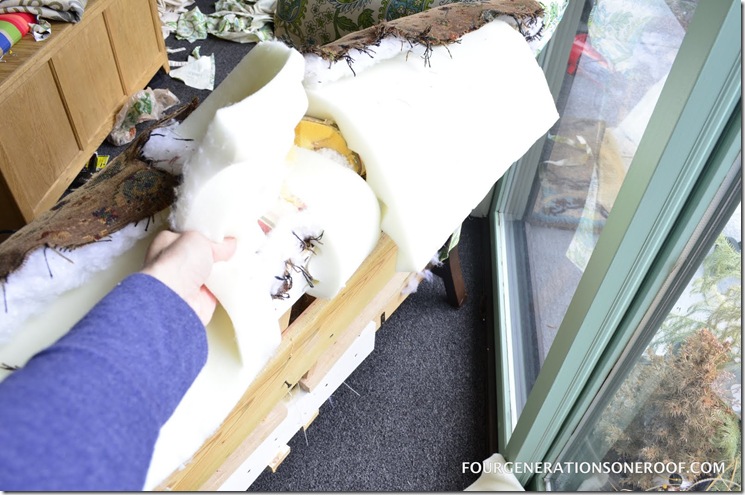 I wanted a straight lined back and the original couch was a camel back so when I cut out the middle of the couch, I still had a bit of a hump so I slide in a 6” piece of MDF and covered with the foam/egg crate, batting and muslin. 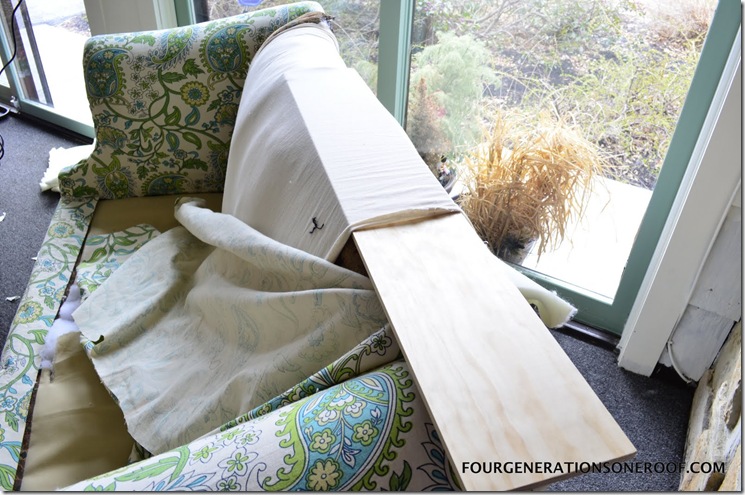 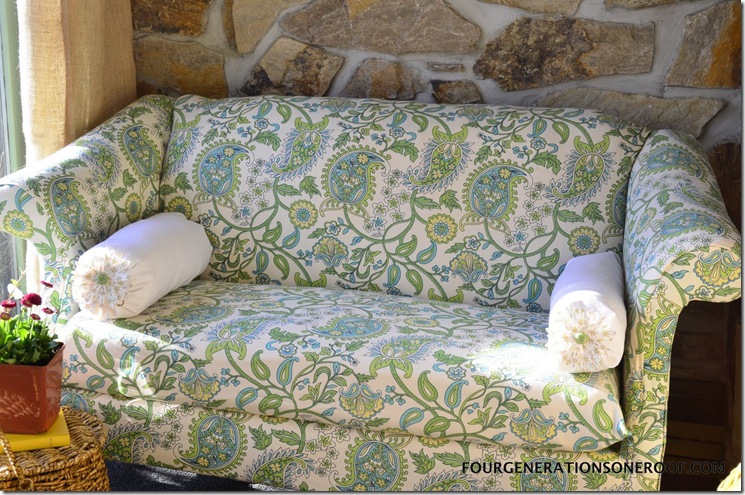 ! I am happy to say that I have a DIY couch under my belt. ha

You can see the tutorial of me sawzalling the couch in half  in my previous DIY Couch post.

UPDATE: you can see this couch reupholstered in a pottery barn slip cover in our pool house as well.