Good morning, I recently got an email from a reader asking, “how do you deal with living with someone who has Alzheimer’s and dementia?” I paused after I read the email and thought to myself, “I don’t know. We just do.” It’s kind of sad all the people out there in the world living with their parents or grandparents in my case, and caring for them. Aging isn’t fun. Aging is scary, confusing and lonely. I think that’s what my grandparents feel sometimes, especially my grandfather. My grandmother is starting to get more forgetful too, although she will tell you she isn’t. She still has it together more than my grandfather though. I mean, I am forgetful in my 40’s so you are allowed to be forgetful in your 80’s!-ha. I guess when you have been married for 65+ years and been through what they have, getting old together can be challenging. Especially when you are both losing your mind.  A few weeks ago I shared a story about sitting with my grandfather on our front step and the moment of clarity and then concern he had for getting old and running out of money. Never in my wildest dreams did I think 10 years ago I would be having these conversations with my grandparents. Life is a pretty tricky thing as you age.  My grandfather has good moments of clarity and then all of a sudden it’s like a switch is turned on and he will do and say the craziest things. Alzheimer’s and dementia don’t go away, they just kind of hang around so to speak. You can’t change it and the best thing you can do is just “go” with it. 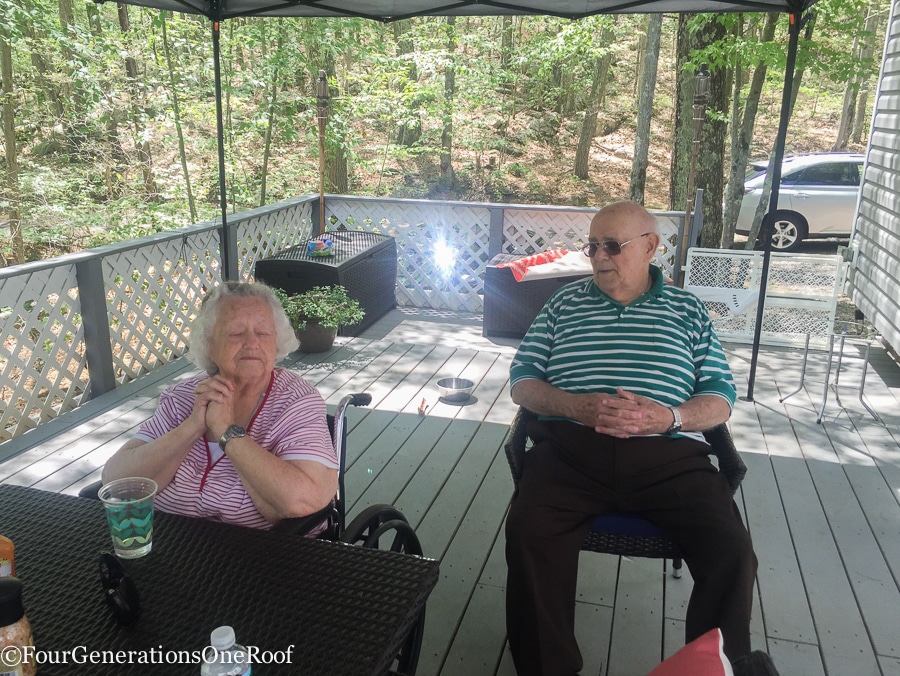 So to answer your question, Carol J., we don’t really have a method for dealing with elderly confusion. Personally, when my grandfather gets confused, I just kind of go with it and play along. I find that correcting him makes him mad and it’s totally not worth the argument of proving him wrong. I mean, proving you are right isn’t necessary. You are dealing with a human who has no clue what even transpired never mind remembers what is really going on. So being right when dealing with an elder who has dementia and/or Alzheimer’s is a complete waste of time. In fact, I love to tell my grandfather he is right (even when he is completely wrong), that actually makes him feel good and it tends to settle him down. Sometimes he just needs someone to talk to. What he is saying usually makes no sense when he is having a forgetful spell but once he gets it out of his system and after I redirect him, he usually comes back to planet earth.-ha. 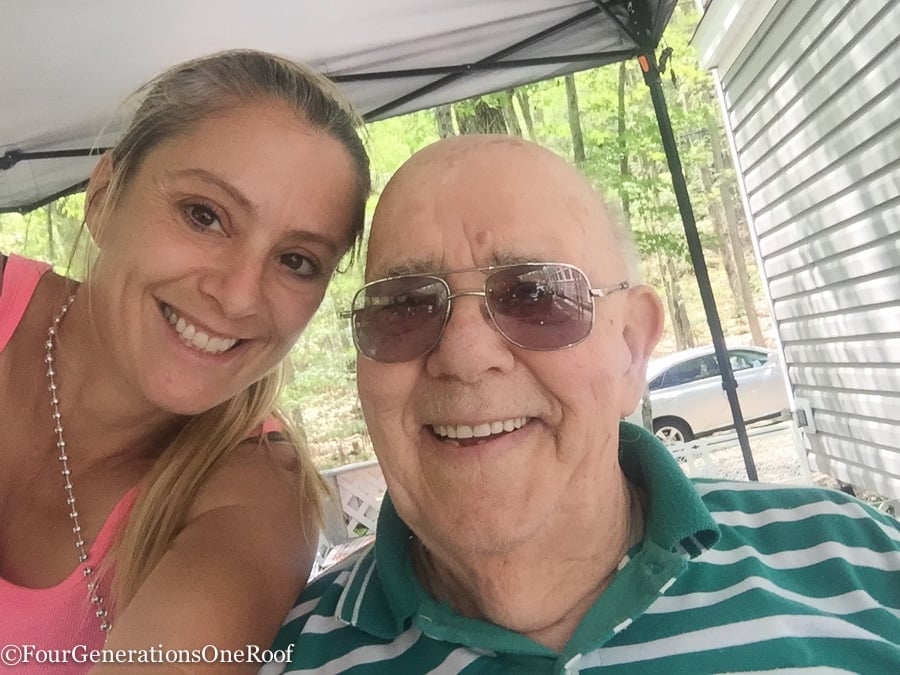 I will tell you a little story that happened a month or so ago. I was headed to bed around 9:30pm and my grandfather appeared as though he was dressed and ready to go somewhere. I asked him what he was doing and he said he was going to work. My grandmother was so mad at him and I could tell they had been arguing. She was trying to tell him it was 9:30pm at night and she just kept telling him over and over to get back to bed. So I looked at my grandfather and said, lets have a snack and then we can talk about where you are going. So I went upstairs with him got him a drink and snack and by the time he sat down, he was ready to watch his tv show for the night. You see, redirecting him and slightly changing the subject seemed to work. I find that is helpful with my grandfather. Trust me, it’s not easy but I find that when I treat him like he is my toddler (I know that sounds horrible) it helps. When my grandfather is in a state of confusion, yelling, getting mad and being a dictator doesn’t work. Just like it doesn’t work with a kid. When my son was a toddler, redirecting him and taking his mind off what he was trying to do was what worked so that’s what I do with my grandfather when he is having a “moment of confusion.”  It’s a strange and scary thing as people get old. It’s amazing how roles reverse as you get older. As a kid your parents are the ones who take care of you and then 60+ years later, the kid is taking care of the parent. The circle of life is certainly unpredictable and challenging but I wouldn’t trade these moments for anything. Family needs to care for family and that’s just the way it is. Be sure to check out our About Us page, multigenerational living page and dementia diaries page for more information and family stories.