Just a quick update on my grandfather. Mother Nature dumped about a foot of snow on us yesterday and apparently, the snow gods thought my grandfather needed an ambulance ride in the thick of it. Seriously. What are the chances of that happening? So many of you have emailed checking in since my grandfather update earlier this week and I am sorry I haven’t responded. It’s been a little crazy here. My grandfather was taken yesterday to the hospital for stomach issues and low and behold, he had two very large ulcers. One at the start of the small intestine and the biggest one in his stomach. Boy, I am getting an education in all kinds of stuff this past week. 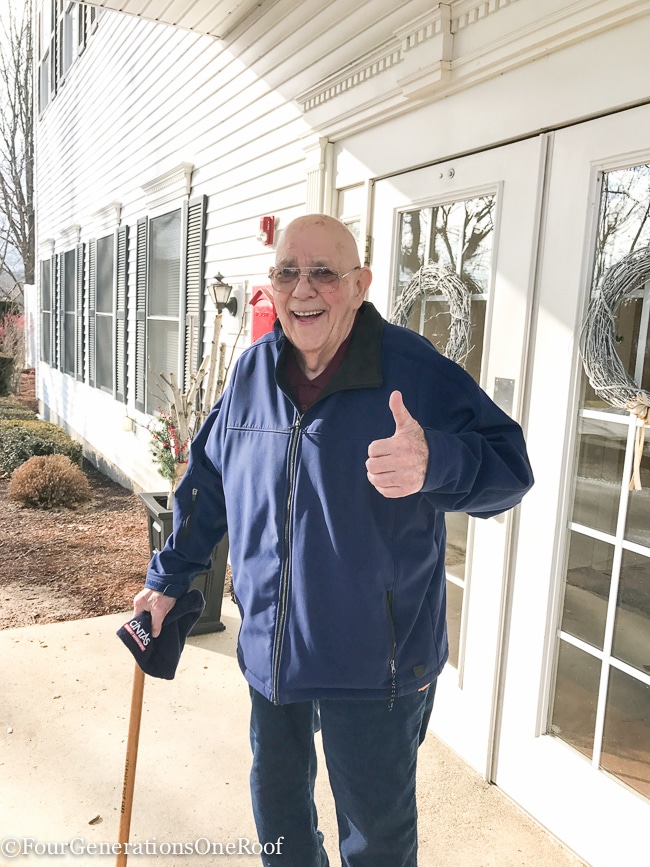 On a side note, here is a picture of my gram last week when we were out and about riding around. We went through the McDonald’s drive thru because she was starving and she said, “Jessie, no wonder why your grandfather likes to ride around with you all day, you get food!” You see, I had already taken my gram through the Dunkin Donuts drive thru for coffee so two drive thru’s in 3 hours was pretty crazy to her. -ha. 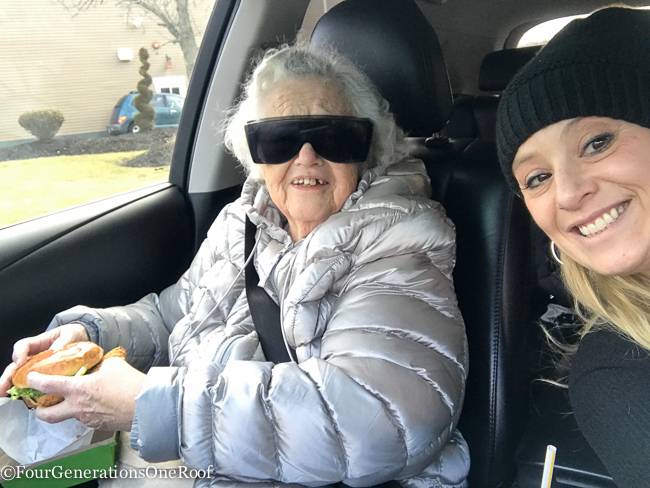 Ok back to my grandfather, did you know that coffee grain vomit is an indication of internal bleeding? I had no idea. He wasn’t feeling well and had a few episodes of being nauseous and then started to vomit stuff that looked like coffee grains. The good news is, the ulcers were not bleeding and they appeared to be old. So he is on meds to reduce the acid and get rid of them. He was in great spirits last night at the hospital, in fact, probably the best he has been in a while. I had no idea that internal bleeding could also change an elderly person’s state of mind. I mean, his dementia is bad enough never mind add a couple bleeding ulcers on top of it. So we are taking this opportunity while he is in the hospital to get him on some meds to help with the dementia and alzheimer’s as well as hydrate and pump him with nutrition. Geez, getting old is not easy! Have a great weekend and thanks again for all your thoughts and prayers ;). UPDATE: Short Term Rehabilitation for my grandfather is now posted.