I cannot even begin to tell you how appreciative we are for all the emails, messages and comments about my gram. I seriously cannot believe how many of you have reached out offering support. Thank you! My grandfather was here yesterday for the day and he is very down, quiet and weak. He can’t even stand without someone holding him. It’s like his legs are jello. He has been showing signs of weakness in his legs for the past month or so but would rally after a day or two. I am not sure he is going to rally as quick this time. Time will tell. 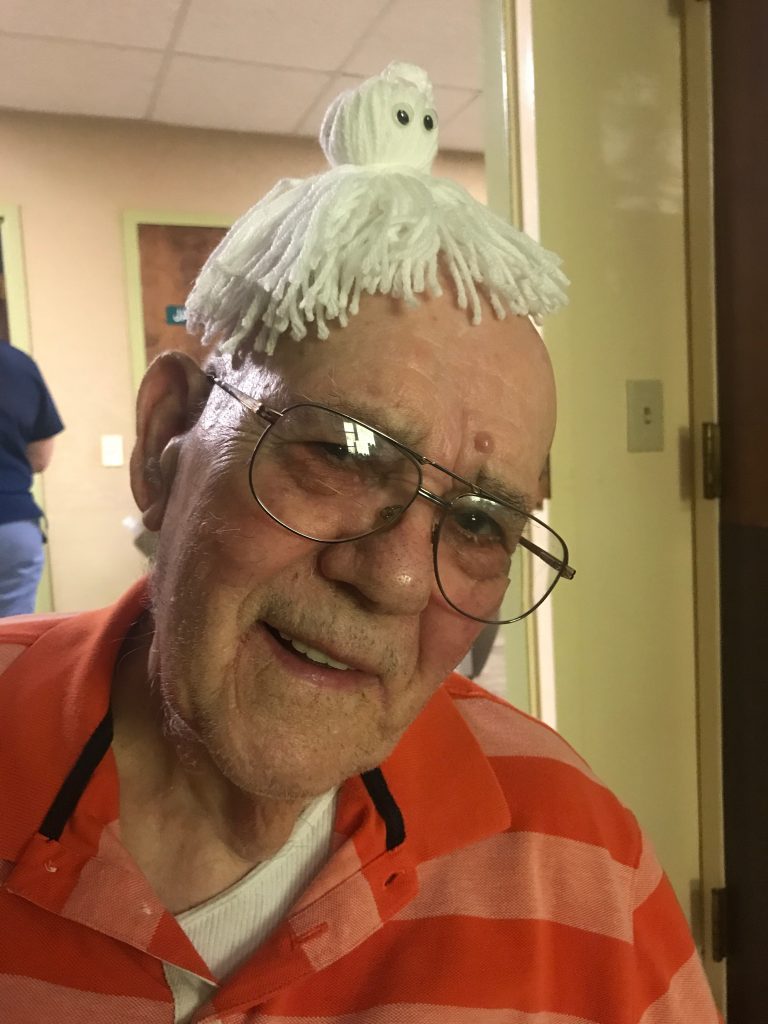 We have been picking him up everyday since my gram passed and bringing him home to hang out with us. One of my aunts also brought him to her new house which I know he was happy to see. My gram never got a chance to see her new house as she became stuck in bed these last few weeks. The problem now is, my grandfather isn’t using is walker and dependent on a wheel chair for the most part. Like I said, he has been rallying these past few weeks occasionally using his walker but he isn’t as strong as he was a couple months ago. He literally can’t get in and out of a car without help. He is twice my size and unfortunately, I can’t help him. If he looses his balance, he is taking me down with him.  That wouldn’t be good for either one of us. -ha.

My grandparents when they were teenagers.

I felt so bad thinking about him all alone last night at the nursing home. He always had my gram to go visit (they were on the same floor together) . He told me the day before she passed away that as soon as she was gone, he was planning to come home. Meaning, move back home with my parents and my family. He seriously thinks he is coming home. It’s so sad. I am not sure if you remember but we admitted him to a Dementia and Alzheimer’s hospital for a month earlier this year as we were concerned for his safety. Concerned he would try and hurt himself. His brain was messed up. After a month, they got him on a special cocktail which seemed to keep him manageable for a couple months. If you remember, we brought him home after the hospital and my grandparents moved into the main part of the house, so we could keep an eye on them. This all happened back in February 2017. In early May, we admitted him full time to a Nursing Home Facility (the same campus he has attended Camp for the past year) as we couldn’t care for him at home. We had 24/7 care for him at home but he became increasingly agitated and honestly, we thought he was going to hurt someone. He needed a med adjustment and we just couldn’t risk him staying at home. It was probably one of the hardest things I have ever had to do, take him with my dad and drop him off at his new home.

My grandparents last November when we had our 2016 Christmas pictures taken. This was before he had started falling, had to give up his license and when they were both fairly self sufficient. Amazing how fast they declined in one year.

I am so thankful for last Christmas and these beautiful family pictures we had professionally taken.

My grandfather had only been living at the Nursing Home for about 2 months before my grandmother starting choking on her food at home and we admitted her to the Emergency Room. From there, she was diagnosed with stage 4 cancer which had originated from her Kidney Cancer 15 years ago. The cancer was now on her lung and hip. Sadly, she was now going to live at the Nursing Home with my grandfather as she needed 24/7 medical care which we couldn’t provide for her at home. She couldn’t toilet on her own, she couldn’t even get out of bed on her own. It was so sad.  My grandfather forgot why he was there at this point and just figured my gram was now there, he would be there with her too. Now that she is gone, he thinks he is coming home. It’s not a pretty existence for him now. As many of you know, any change (especially death of a loved one) can trigger an extreme change in Dementia and Alzheimer patients. My gram’s services are next Tuesday and Wednesday (you can see her obituary here) and once the services are over and everyone gets back to their work schedule, my grandfather is going to be left to continue on without my gram at the Nursing Home. If you are the praying type, please pray for strength for my grandfather. Please pray he will be social with others at the Nursing Home. Please pray he will make friends and continue eating his meals at the dining hall. He told me he is ready to leave this earth……  :(.

Hello everyone, we are moving! Just a quick hello letting you know that our site…

Lets face it, fixer upper homes are everywhere but not everyone has the money, time…