It’s been a rough few days around here. Our 4 1/2 year bullmastiff started having issues breathing last Thursday (seemed a little winded) so I brought him to our vet around noon and they did a chest x-ray. Little did I know that an hour later, they would be calling me telling me he needed to be rushed to Tufts Animal Hospital in Grafton because they found fluid around his lungs. My vet was concerned that he had a lung lobe torsion. Basically, they thought his lung could be twisting. When we got to Tufts, they checked him in and did a few more tests which all came back negative for anything bad. We decided to leave him there for the night and he would have a CT scan in the morning of his chest and then have surgery if need be. I tucked him in for the night and headed home. I got a call about an hour later and they said the cardio report came back showing a huge 12 CM cancerous tumor attached to the lower part of his heart.  My heart dropped. Not what I expected to hear. The tumor was crushing his heart and pushing on his lungs causing the fluid to build up. Unfortunately, because the tumor was on his heart and was so large, there was nothing they could do. They told me he was at high risk for sudden death due to the size and location of the tumor. In disbelief, I hung up the phone and headed to Tufts to meet the vet and see the cardio report for myself.

I mean, he’s only 4 I thought. How can this be happening? 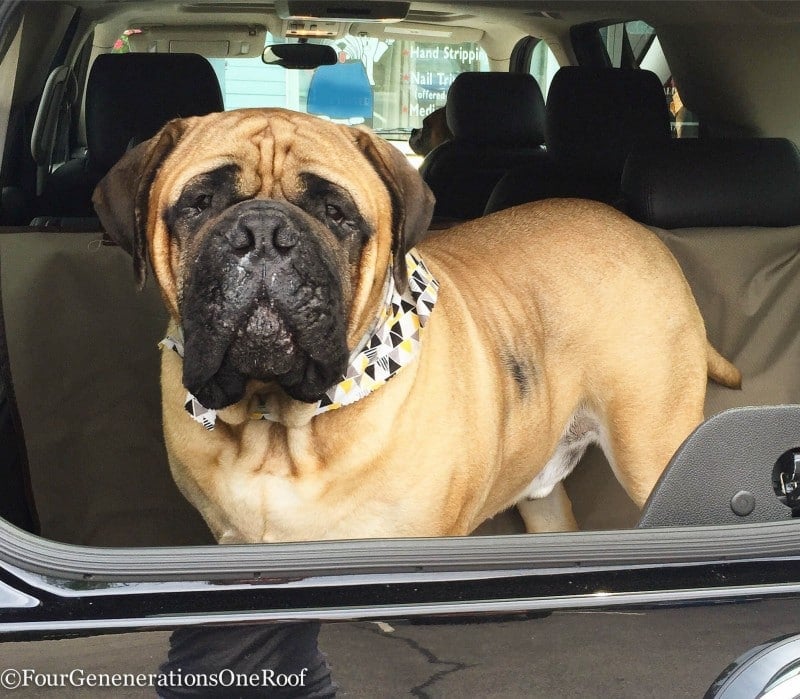 After seeing the reports and talking things over with the vet, we decided to bring him home for the night and say our good-byes. They drained 12 liters (the size of a large Pepsi bottle) of fluid from his lungs before we brought him home and he was actually himself. He was eating and happy. The next morning he didn’t really have an appetite, the fluid must have been building up again. We made the decision to have him put to sleep Friday afternoon. Having him die of a heart attack or drown in his own fluid was not going to happen so putting him to sleep was the best option. Certainly the suckiest part of being a pet owner but thankfully, he didn’t suffer. Like I told the kids, he will always be with us and will live on through new pets.

He seriously was the funniest dog ever. He would do the silliest things like put his toys in his dish and just stare at them. He always walked around with a stuffed animal in his mouth. 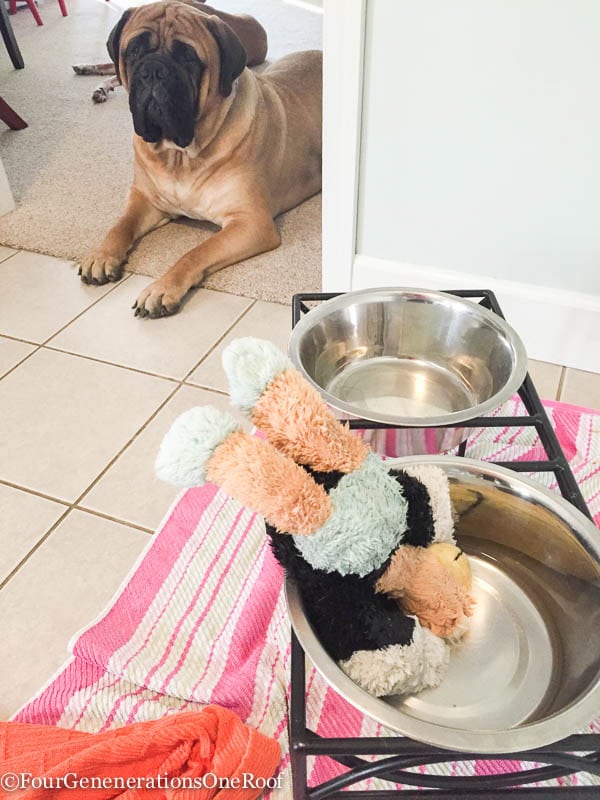 This guy would sit with my son for hours while he played legos, cars or built houses out of lincoln logs. 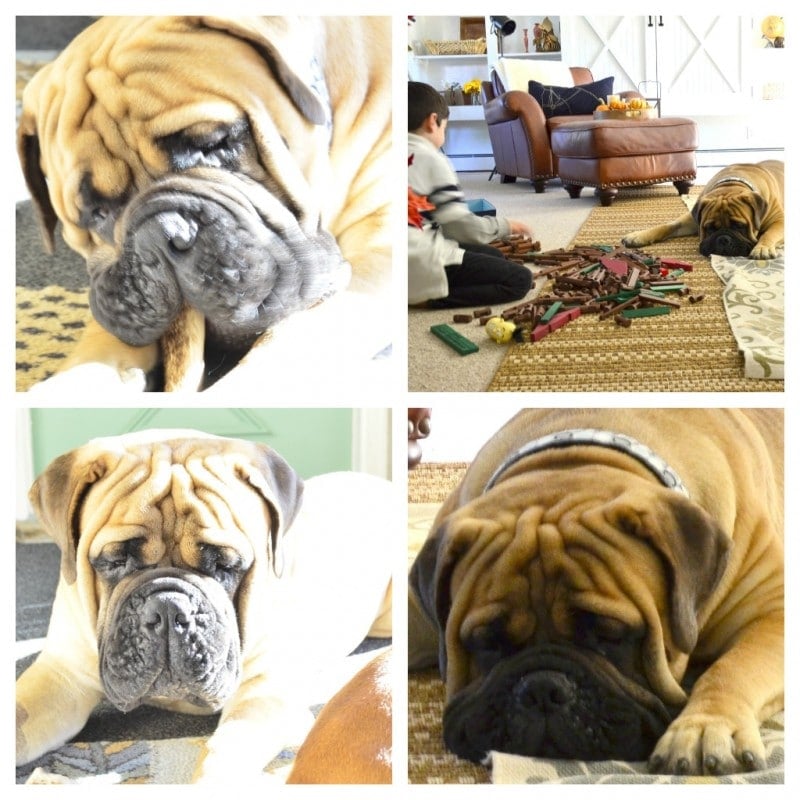 He weighed twice as much as my son but you would never know it. He was always so gentle and easy going when he was with him. 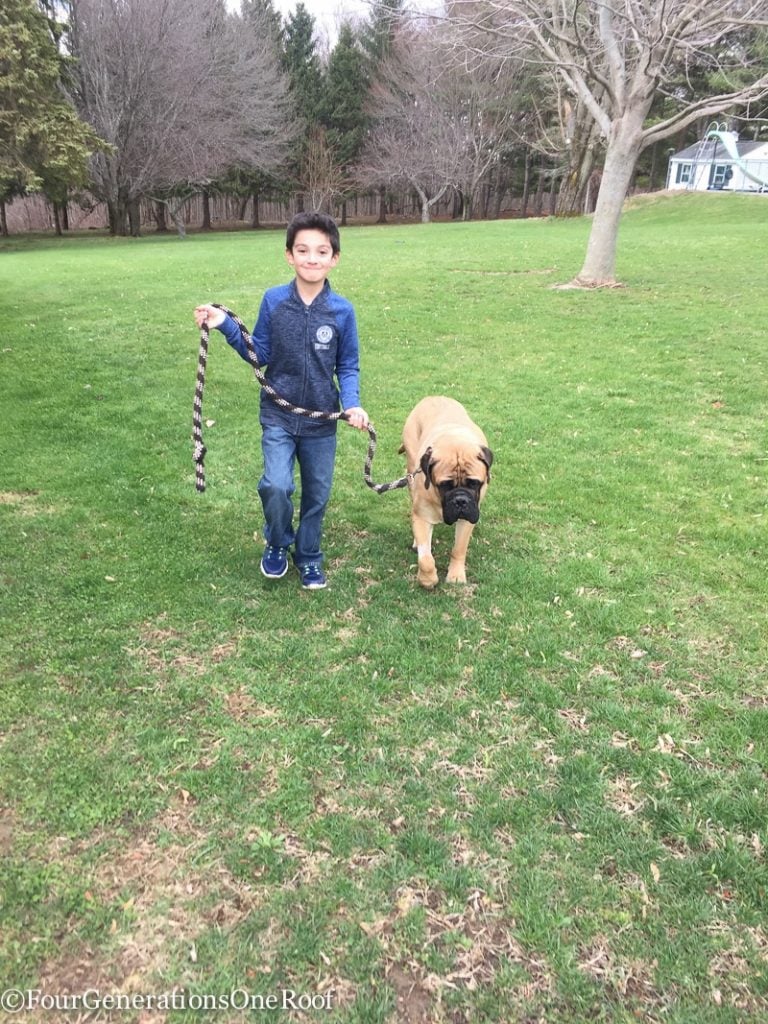 His favorite thing though, to sleep with our boxer Shelby. For such a big man, he was so gentle and quiet. Well, unless he didn’t know you and you were trying to come inside our house. -ha. 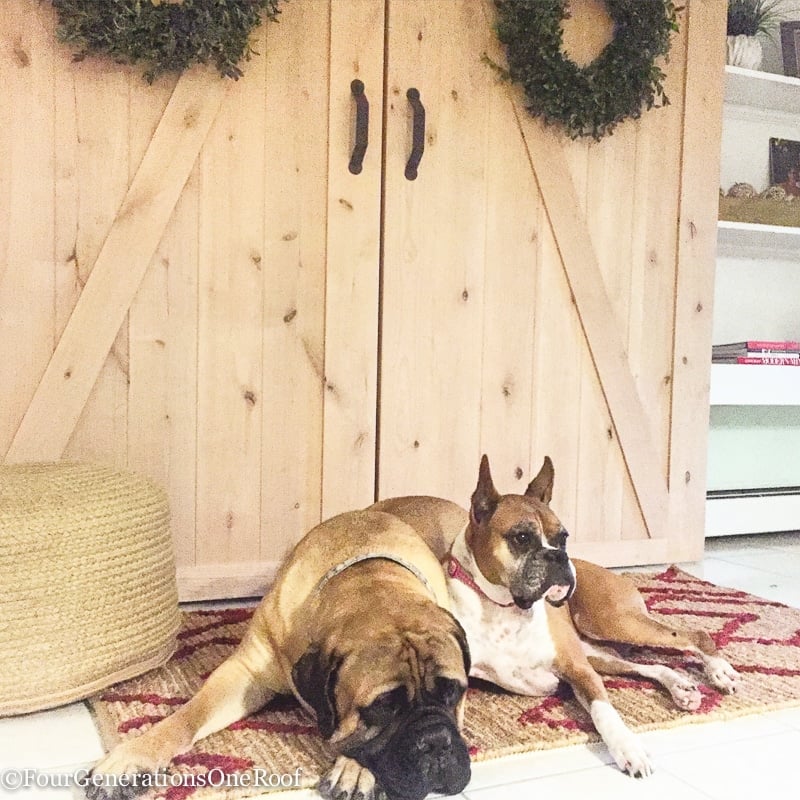 He absolutely loved his picture taken. There wasn’t a time where he wouldn’t pose. 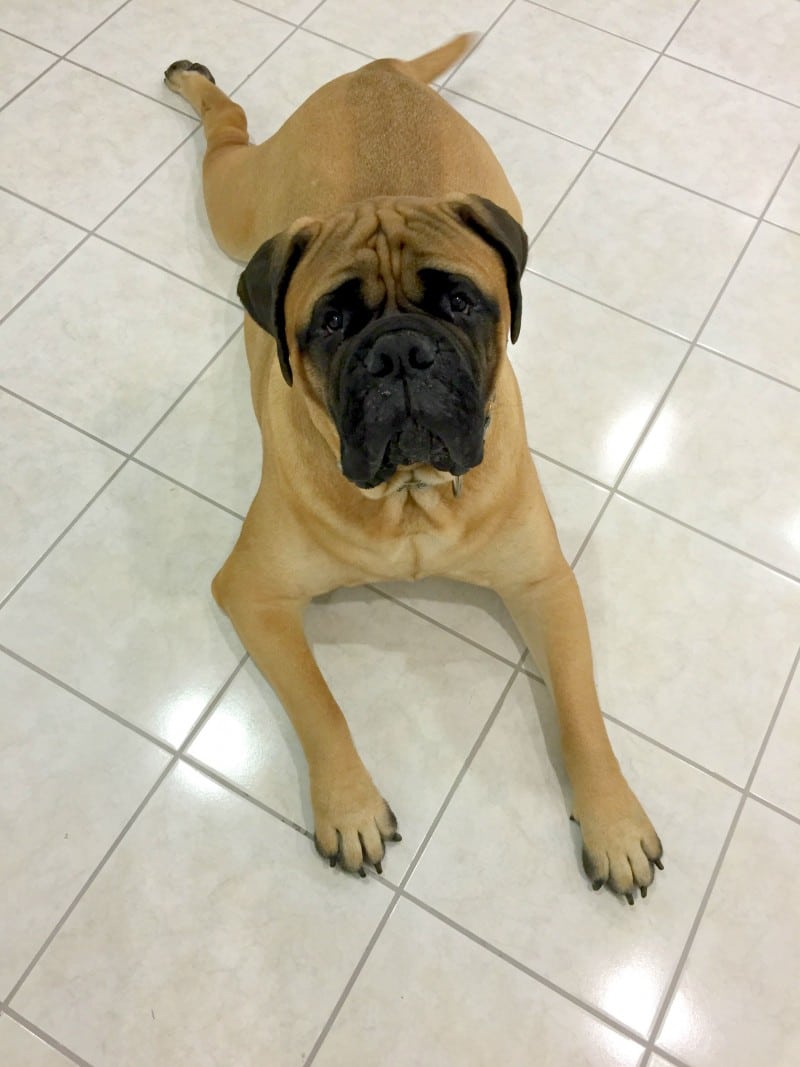 This is one of my favorite pictures of him in front of the Christmas tree. 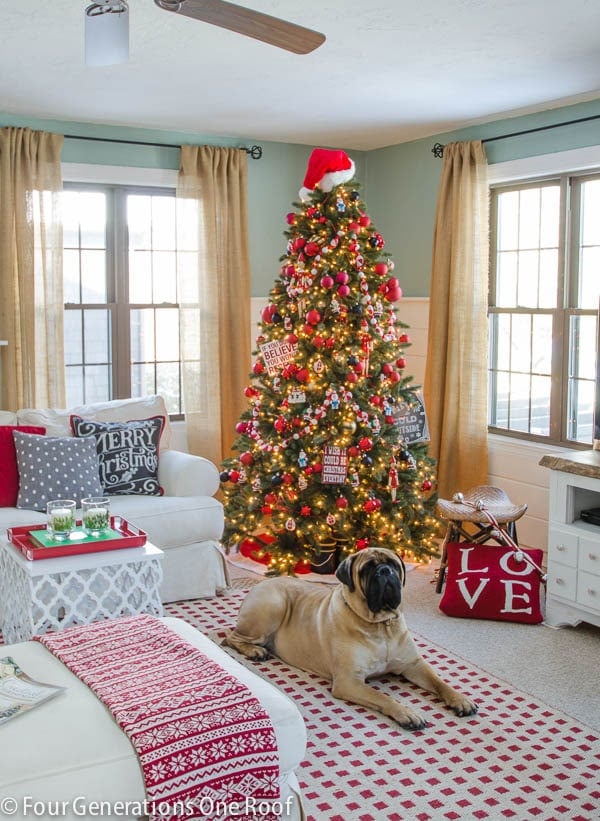 Such a gentle giant. 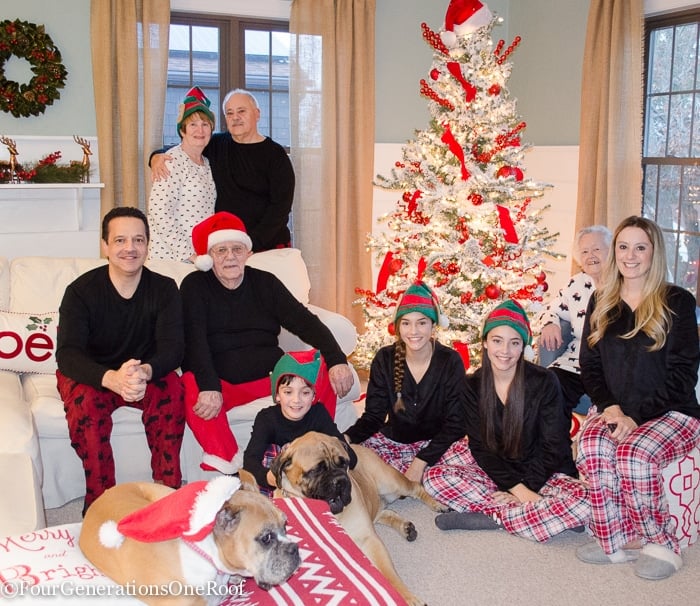 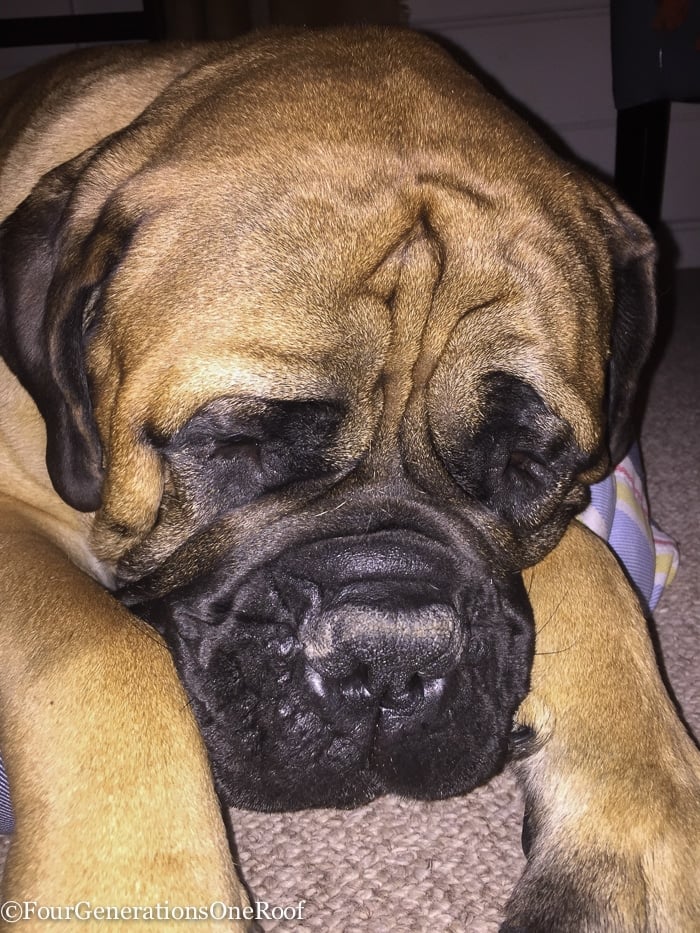 His adorable smushy face between his front legs as he slept, is a vision I will never forget. This guy stole our hearts. RIP sweet boy, we miss you.